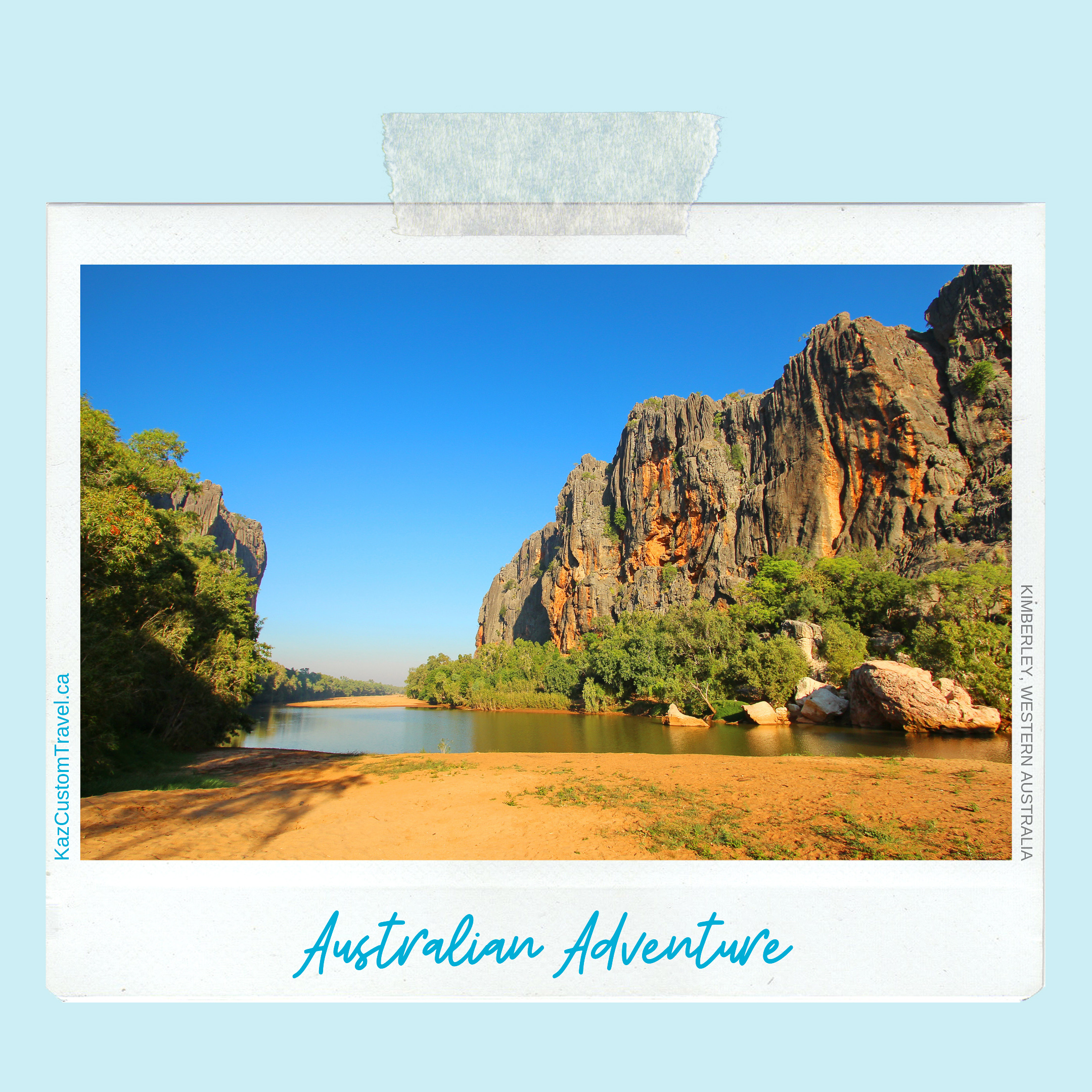 Explore the Kimberley, Western Australia, on an Australian Adventure

Be sure to add the Kimberley in Western Australia to your bucket list if you’re planning an Australian adventure. This diverse region, abundant in wildlife, vast canyons, freshwater swimming holes and outback stations, is easily accessed from Broome via a direct flight from Perth throughout the year, as well as Sydney and Melbourne in high season.


The Kimberley, in the very north of Western Australia, is a primordial landscape and one of the world’s most treasured wilderness areas. The diverse terrain of Australia’s most north-westerly region covers hundreds of thousands of square kilometres—three times larger than England—but with a population of only 40,000 it is mostly undeveloped and therefore abundant in wildlife and stunning untouched scenery.

On an Australian advenuture in this extraordinary region, you’ll discover vast canyons, freshwater swimming holes, and, despite its remoteness, several outback stations, luxury accommodations, delicious food, friendly locals and even one of the most romantic beach towns on Earth in the region’s main town, Broome.

The gateway to the Kimberley, Broome, is where you’ll find Cable Beach, a pristine white sand beach which stretches for 22 km along the Indian Ocean and is famous for its spectacular sunset camel rides.

To get to Broome, you can fly direct from Perth (WA) year round, and from Melbourne and Sydney during the high season (April to October). The eastern side of the Kimberley can also be reached via a second major town, Kununurra, with direct flights from both Perth and the Northern Territory capital, Darwin.

Some of the activities in the region include a cruise of the Kimberley’s breathtaking coastline, a road trip on the Gibb River Road—the “Gibb”—in a 4WD vehicle, a stay on a working cattle station, a stay in a remote luxury lodge on a clifftop, a scenic flight to see the bungle bungles, a Pearl Farm Discovery Tour to help cultivate and learn about pearls, and various experiences to choose from to explore aboriginal culture at a wildeness camp.

A few days in Broome, where outback meets beach, is also a must to witness the magenta sunsets, explore one of the many beautiful white sand beaches, and enjoy the laidback atmosphere and many features of this tropical northern town.